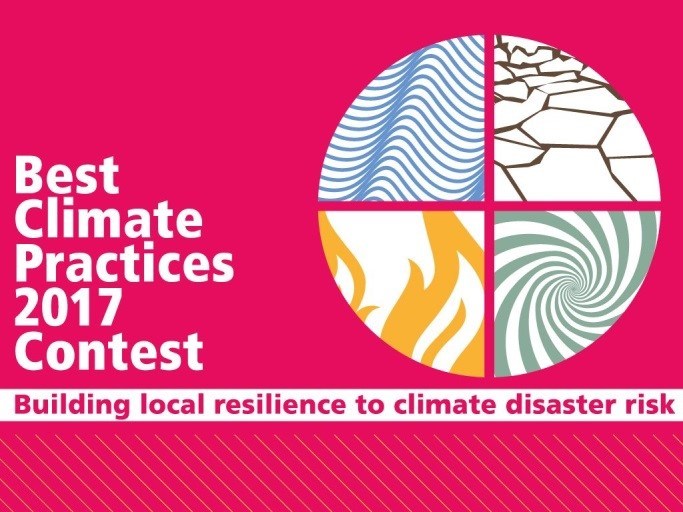 The Best Climate Practices Observatory  is a project of the International Center for Climate Governance (ICCG). ICCG is a joint initiative of Fondazione Eni Enrico Mattei (FEEM) and Fondazione Giorgio Cini.

In the effort to harness the collective brilliance and promote a wide range of valuable proposals, every year the Best Climate Practices observatory invites the users to submit innovative best practices to tackle climate change or to face a related challenge.

Please sign up and vote for their project here:

Few words about their project:

Based on the Emergency Events Database (EM-DAT), more than 7000 disasters worldwide have been recorded that caused 1.35 million deaths or approximately 68,000 lives on average each year. Moreover, 218 million people have been affected by natural disasters, such as typhoon, hurricane, heavy rainfall and floods on average per annum during this 20-year period. Each time an extreme catastrophe occurs, the outcome is the same; lack in efficient early detection, response and resources such as energy, especially for the affected populations in rural territories. This research investigates how we can use the “strikes” of Nature for our own benefit, as an alternative renewable energy.

The essence of this proposal follows the principles of the “Agenda 203 for Sustainable Development “and focuses on two main points:

2) the self-activated disaster warning mechanism based on the disaster level (SDG11).

In simple words, small hydroelectricity units will be developed in water-based disaster-affected communities residing in riparian areas that have limited access to energy and poor disaster prevention and resilience practices; starting from the regions of Central America (Guatemala, Honduras and Nicaragua). When the water levels are critical a “smart” gauge will warn the local populations for their safe evacuation. The generator will provide power to shelters and other safe zones in cases of emergency. The project’s is aimed to be developed in the 3 aforementioned countires of Central America. Additionally, we are in late talks for replicating this program in Greece and Taiwan as well as in countries in South America. This project is aimed to be further developed in Asian regions, such as East and South East Asia, as well as in Europe.
Other practices can be found here: http://www.bestclimatepractices.org/practices/